Wozupi is an organic farm committed to growing food in a way that nourishes the earth, the community, and people’s minds and bodies. The farm grows a variety of vegetables and fruits, and operates a maple syrup boiling facility. All produce grown at Wozupi is USDA-certified organic.

Wozupi Tribal Gardens is owned and operated by the Shakopee Mdewakanton Sioux Community, a federally recognized, sovereign Dakota tribal government located southwest of Minneapolis/St. Paul. Since opening in 2010, Wozupi—which means “garden” in the Dakota Language—has encompassed the tribe’s focus of being a good neighbor, good employer, and good steward of the earth. Learn how the Shakopee Mdewakanton Sioux Community promotes a greener, more sustainable planet for all—now and for generations to come—through its NativeGreen initiative, which promotes conservation, stewardship, and self-sufficiency.

Organic Produce Wozupi grows vegetables and small fruits on 2 1/2 acres of fertile ground, half in production and half in cover crops. Production happens on deeply composted, permanent no-till beds. Pest control and pollination is accomplished with the help of beneficial insects that are encouraged to live on the farm. Nearly 1/4 acre under high tunnels extends the harvest season to nine months. Produce is distributed through a Tribally Supported Agriculture (TSA) program that runs for 29 weeks as well as other Community programs and events. Produce is available to the public at Mazopiya.

Organic Orchard On a three-acre orchard, Wozupi grows apples, pears, and native foods. Fruit is distributed through the TSA program and available for U-pick to the Community. Native foods are for tribal use and U-pick, and include wípazuka (Juneberries), caputa (elderberries), caŋṗa ̇ (chokecherries), and káŋta (wild plums).

Sugarbush Maintaining a tradition that dates back countless generations among the Dakota people, Wozupi taps a portion of the great sugar maple forest that once grew in this area, producing syrup for tribal use and sale to the public.

Eggs Wozupi keeps a flock of hens to provide eggs for the Community through the TSA program. The chickens spend winters in a sunny greenhouse and summers on a pasture. They are fed vegetable scraps from the farm and other “waste” from Mazopiya, in addition to organic grains. 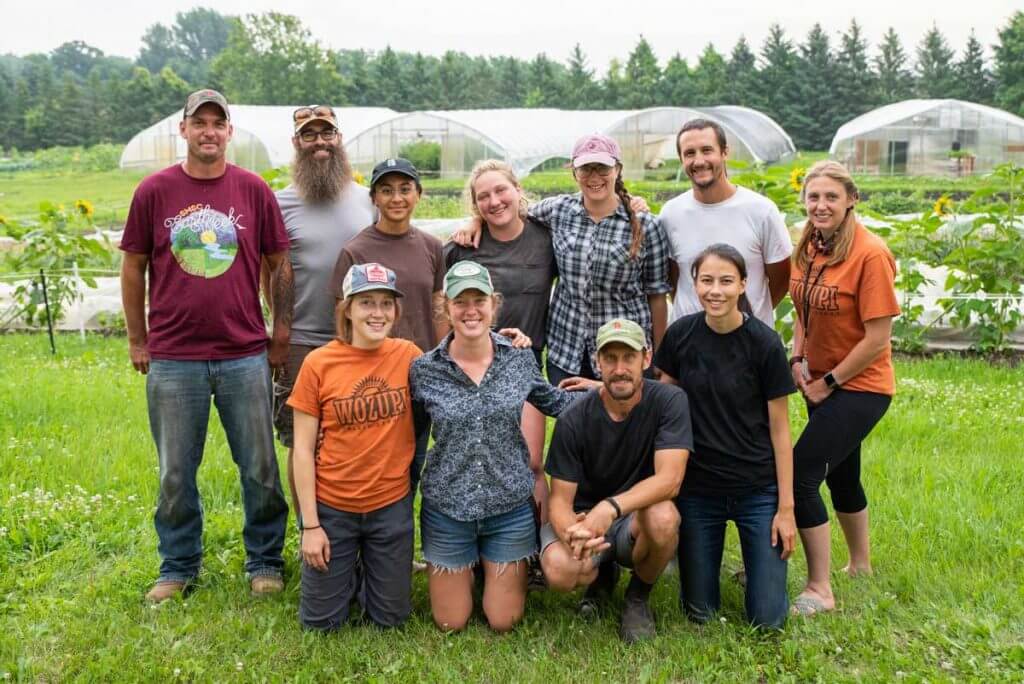